The first ever instructional book on how to play Trap style beats!

The first ever instructional book on how to play Trap style beats – Trap Style Drumming for the Acoustic and Hybrid Drum Set – written by Greg “Torch” Sgrulloni! This book dissects and explains the elements found in Trap grooves and provides exercises for application on the drum set. The culmination of four years of research, trial and error, and experimentation into the most concise and comprehensive learning tool for Trap style drumming currently available.

The goal of this book is to inspire you to explore the rhythmic possibilities Trap style drumming has to offer, discover your own musical individuality within this style and apply these rhythms to your drumming in your own unique way.

Includes video examples for many of the beats and exercises in the book.

What is Trap Music?

Trap music first emerged from southern United States during the 1990s. Trap music’s cultural origins come primarily out of Atlanta, GA as well as the music scenes of Houston, TX, and Memphis, TN and is considered a sub-genre of southern hip-hop, also known as “Dirty South.” The sound of Trap is meant to be a reflection of the dark and grim lifestyle of hood life, referring to a “trapped” life that is hard to escape involving gang violence, violence in the hood, gentlemen’s clubs and dealing illegal drugs in the drug den or “trap house.” In fact, artists have described the sound as the feeling of being “trapped” in a dark dungeon. The vibe of traditional Trap music can come across as having a dark and bleak or even a spooky or creepy type of ambience; think of the theme’s from soundtracks such as The Twilight Zone or the Halloween movies.

Trap music is known for its characteristic bouncy feel, which is typically in half-time and can range widely in tempo from between 95BPM and 190BPM. Some of the musical elements in Trap feature crisp and grimy sounding rhythmic snares and claps, melodically pitched “dive-bombing” drum fills, deep and boomy sub-808 kick drums, and “twitchy” clusters of double- and triple-timed hi-hats which are also referred to sometimes as “dancing hi-hats.” Other elements in Trap production can include anything from multilayered melodic hard-lined synths to ethereal or “dream-like” sounding synth tones, and often times a symphonic or cinematic use of orchestral, brass, and woodwind instruments.

In recent years, another sub-genre that has risen in popularity is Trap EDM. Trap EDM is known for fusing elements of dub, house, and techno sounds, with TR-808 sounds and vocal samples for a new electronic dance Trap blend. Trap EDM tracks also tend to use arrangements with builds and drops with similar characteristics to dubstep style tracks. A popular distinction made between the two is that traditional Trap is considered rap music while Trap EDM is considered dance music.

Where Can You Hear Trap?

The sound of Trap has been in mainstream music since the early 1990s with southern hip-hop and later evolved into what it is today. As I write this book in 2018, Trap music is officially everywhere! You can hear the 808s of Trap music booming down the block in vehicles passing by as you walk down the street. If you go out to a club, it’s likely that the DJ will be playing Trap music. You can hear the Trap sound in commercials all over the internet, radio, and in television. Even in the rehearsal studios I frequent, I find myself outnumbered by producers creating Trap music.

The Trap sound has been embraced by EDM producers worldwide who use the sounds in their productions. In fact, there are countless loop and sample packs available for purchase that feature the sample libraries of many notable Trap producers that are currently being used by EDM producers around the world. Trap started off as an underground hip-hop movement primarily out of Atlanta, GA, but has now officially made its way around the globe and, finally, into this book. 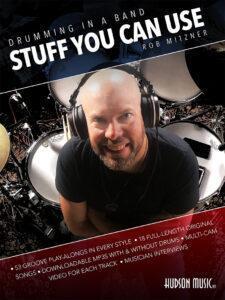 Drumming In A Band: Stuff You Can Use 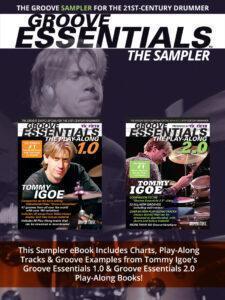 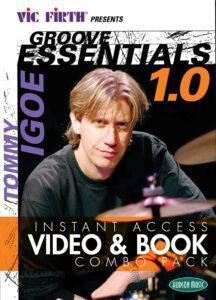 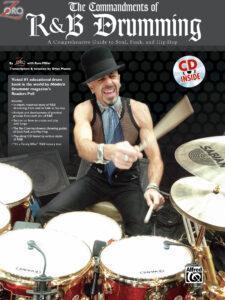 The Commandments of R & B Drumming